Geothermal Development & Investment Inc. (Head Office: Minato-ku, Tokyo, President: Tomofumi Ono, hereinafter referred to as ‘GDI‘) has signed a distributor agreement with TICA Thermal of TICA Group, a major Chinese air-conditioning manufacturer, for medium and large ORC power system from EXERGY International Srl (hereinafter referred to as ‘EXERGY’) who was acquired by TICA Thermal on Sep 25th, 2019 and is the world-leading producer of binary generators, and will begin offering binary generators*1. 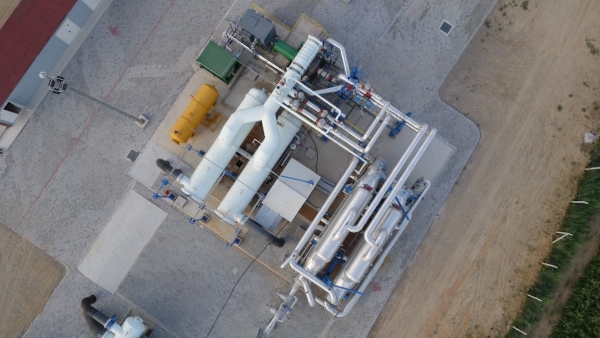 ※ 1: Binary power generation is a system in which heat is exchanged to a medium with a boiling point lower than that of water (CFC substitute, silicon oil, etc.), and the turbine, etc. is rotated by a vaporized medium to generate electric power. It is said to be binary power generation because it generates power using two thermal cycles, a heat source system and a medium system, and this cycle is called ORC (Organic Rankine Cycle).

■ Background to the conclusion of the distributorship agreement

Recently, the acquisition of EXERGY by TICA Thermal has resulted in the expansion of its product scope, enabling TICA Thermal to offer medium and large ORC power system from 1MW to 28MW per unit to markets.

This conclusion of a dealer contract with TICA Thermal means that GDI will be an authorized distributor in Japan for binary generators developed and manufactured by EXERGY.

■ What is expected by the execution of the Distribution Agreement

The binary generators handled so far by GDI were U.S. Electratherm (75kW, 120kW) and Chinese TICA (280kW). However, with the addition of EXERGY (1MW-28MW), GDI will be the only Japanese company that can handle all the binary power generation: small, medium, and large. GDI will take advantage of this strength to promote the further dissemination of geothermal and unused industrial waste heat power generation and contribute to the realization of a sustainable society.

With its technological capabilities and responsiveness, EXERGY ranks third in the world-class in binary generators, with a total installed capacity of more than 470MW.

EXERGY's core strength comes from its unique, multistage, highly efficient Radial Outflow Technology (ROT), which can achieve efficiencies of up to 30%, the world's highest level for binary generators. With its unique ROT technology, EXERGY has developed 2 pressure level vapor application with single turbine disk, offering up to 20% more power than other technology. Besides, a distinctive and patented design of built-in mechanical group that is intended to maintain longer life of bearing can significantly reduce downtime of system, offering higher availability year-round.

■ Inquiries regarding this release